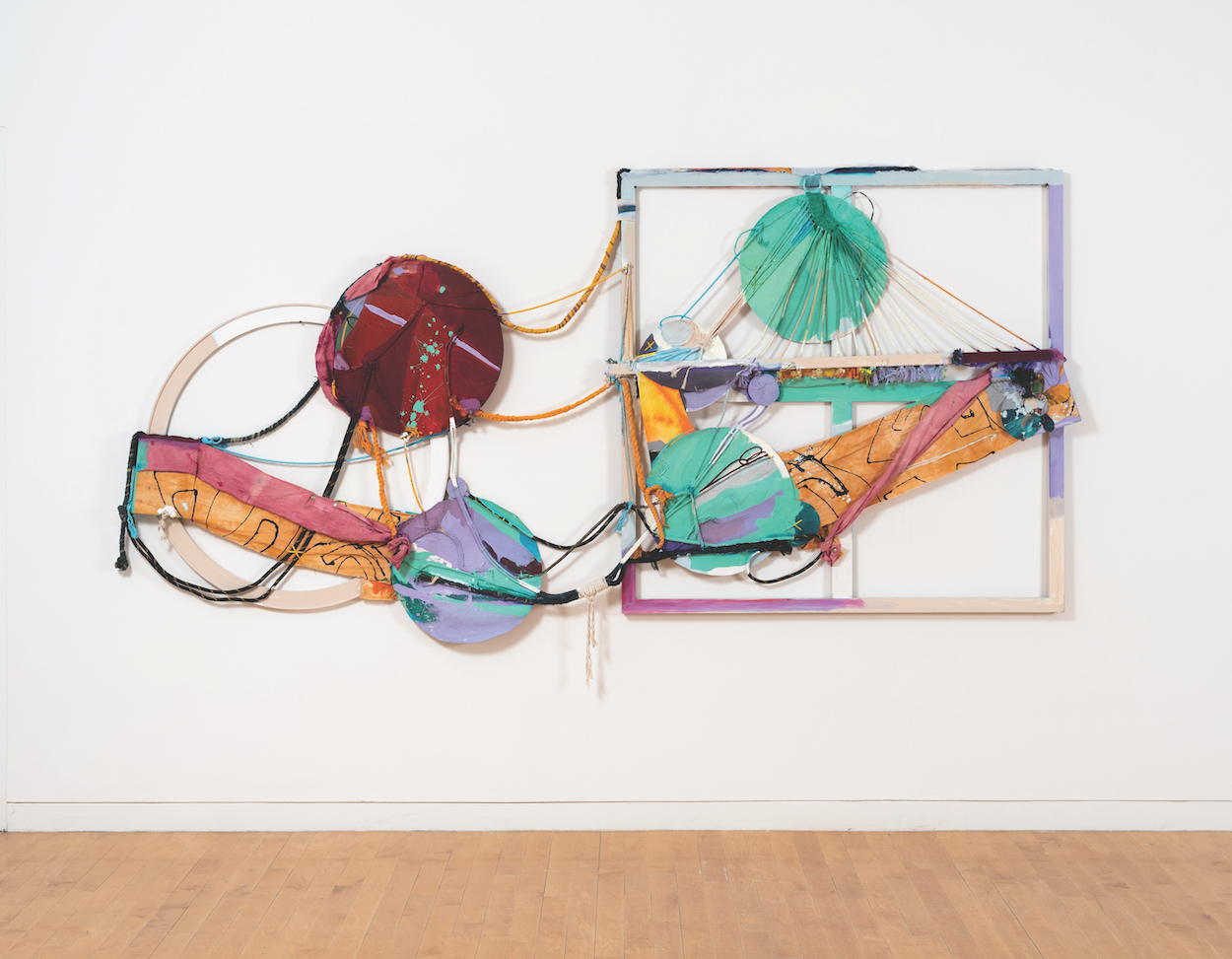 This summer has proven a somber time for reflection on five decades of the feminist movement, given the United States Supreme Court’s decision to reverse the constitutional protection of abortion rights this past June. That same month, the Aldrich Contemporary Art Museum in Connecticut offered a more empowering commemoration of the heyday of women’s liberation: “52 Artists: A Feminist Milestone” revisits the institution’s 1971 show “Twenty Six Contemporary Women Artists,” once hailed the first feminist exhibition in the United States. Organized by Lucy Lippard, “Twenty Six Contemporary Women Artists” presented the work of women who had not previously had solo shows. This revival presentation, organized by the museum’s chief curator, Amy Smith-Stewart, and independent curator Alexandra Schwartz, expands Lippard’s roster—of mostly white, all cis-female artists—with a more diverse list of 26 additional female-identifying and nonbinary artists born in or after 1980. The comparative demographics are indicative of the past half-century of increasingly intersectional curatorial priorities, though the organizers don’t shy away from acknowledging the complexities and blind spots of feminist politics in both periods.

Lippard’s 1971 catalogue statement attested to her nascent involvement in the women’s liberation movement, as she had “recently become aware of [her] own previous reluctance to take women’s work as seriously as men’s, the result of a common conditioning from which we all suffer.” Without reducing “women’s art” to a single aesthetic, Lippard made a sincere attempt to capture the range of formal impulses women artists explored. Many works aligned with her interests in Minimal, Conceptual, and Land Art, while others ventured into eccentric abstraction and material experimentation. “52 Artists” likewise avoids claims and categorizations based on gender or artist’s age, and is organized to intermingle the generations fluidly in smartly designed configurations. The curators’ handling of abstraction shows especially their dexterity in tracking a change in sensibility. The harder-edged work from the 1970s—such as Carol Kinne’s puzzle-like canvas Bob’s Draw (1973) or Merrill Wagner’s rectilinear paintings on steel and linen—seemed most distant from the selections of the 2020s. Conversely, paintings like Cynthia Carlson’s semi-abstract gynocentric landscape (Untitled Inscape #1, 1970); Mary Heilmann’s Malibu (1970), composed of dyed raw canvas and acrylic gel; and Howardena Pindell’s ladderlike rope grid consisting of rolled-up canvases (Untitled, 1968–70) spoke to younger generations’ interests in process and bodily textures. The latter theme emerged through Loie Hollowell’s painting referencing the pregnant body (Empty Belly, 2021), Rachel Eulena Williams’s wall-hung deconstructed painting (Pedestal Reeducation, 2021), LaKela Brown’s plaster relief of geometric doorknocker earrings, and Pamela Council’s vulvar sculptures in ring boxes.

To view the full article visit Art in America