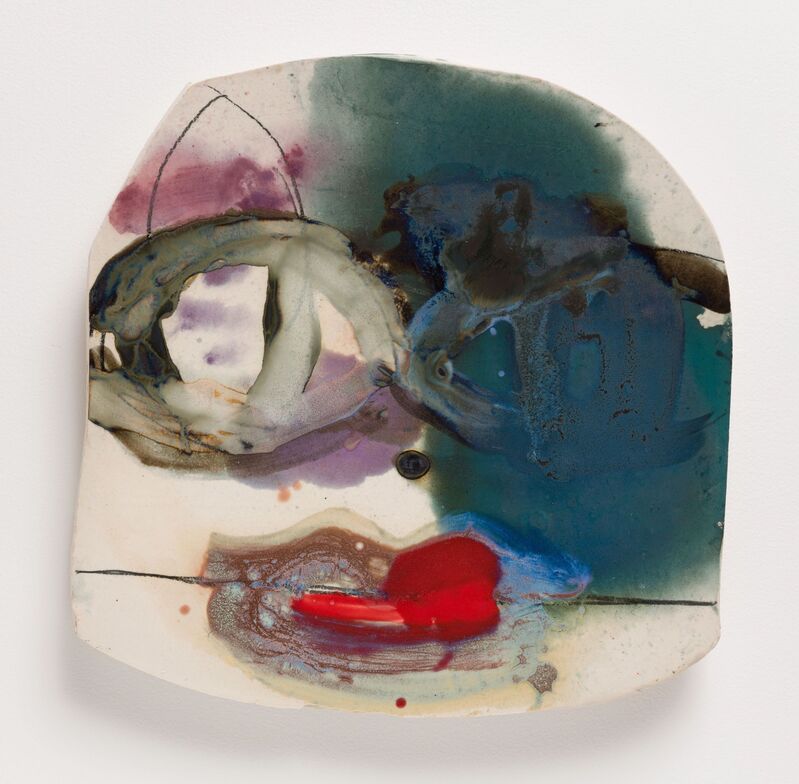 If you found yourself thinking that the artists included in “8 Americans”—Hyegyeong Choi, Tishan Hsu, Byron Kim, Antonia Kuo, Timothy Lai, Jennie Jieun Lee, Kang Seung Lee, and Jean Shin—had anything in common . . . well, that was on you. And therein lies the question and provocation of this exhibition: What does it mean to mount a show featuring Asian American artists without overlaying any sort of semi-homogeneous subjectivity upon the work on display? And were these artists to be understood as Asian American in the first place? Or of East Asian descent? Of Chinese and Korean heritage?

Such questions have felt even more urgent of late, at a moment when increased violence against those of East Asian descent in America has coincided with the renewed contestation of so-called Asian American identity in public discourse. As journalist Jay Caspian Kang—someone whose writing has recently fanned the flames of this debate in the furnaces of social media—asserted in one essay: “Nobody grows up speaking Asian-American, nobody sits down to Asian-American food with their Asian-American parents and nobody goes on pilgrimages back to their motherland of Asian-America.”

So does anybody make Asian American art? This exhibition was very much about whatever ambivalence might underscore any possible answer, particularly because bodies—but not necessarily “Asian” ones—were very much a concern throughout the works. Two raucous paintings by Choi re-created Ophelia tableaux by John Everett Millais and John William Waterhouse. But Choi’s depictions replace those artists’ lithe Pre-Raphaelite muses with subjects less prevalent in these types of pictures: full-figured (possibly nonwhite) women in the thrall of the ecstatic sublime. Kuo’s Spawn, 2021, a chemical painting on gelatin silver paper, features layered abstractions that felt like a lush cut-up photogram, while a cherry-red glaze on the lips of a messy, exuberant porcelain face by Jennie Jieun Lee vivified the 2019 work’s title, Cough Syrup on the Lips. Meanwhile, Kang Seung Lee’s video of distorted scans—a tattooed arm here, corset lacing there—added gratifying glitches to a visual record of queer subjectivity.

Lai’s drawings were nearby. They featured couples embracing, the stylized Henry Moore–esque arcs of their backs and limbs contrasting with the strange complex nature of their interactions. (In one painting, a woman rode on the back of her partner, who in turn stared self-critically into a mirror.) The “Americans” in the show’s title were perhaps reprised most poignantly in Shin’s works: a suite of tree branches gathered from Hudson River School painter Frederic Edwin Church’s old estate, which are upholstered with colorful scraps of leather and brass nails. Evoking the decor of a Rocky Mountain cabin or a crude merry-go-round, the work is like a cartoon of quaint Americana: our country, gaudy and strange.

Fortuitously, the best pairing of works, by Hsu and Kim, was stationed right near the gallery’s entrance. In Hsu’s ink-jet-and-silicone relief Breath 5, 2021, a figure, its eyes closed, seemed to lie under some sort of blanket full of striations that could have been a scanner’s distortions or a magnetic-field map. Next to Breath 5 was Kim’s Evidence of a Struggle, 2016, one of the glamorous though melancholic works from the artist’s series of giant bruises, painted close-up. In any other context, this dyad of images would have felt forced and heavy-handed, the eye-popping teals and fluorescent orange border in Hsu’s work jostling with the subtle brown ochers and mauves in Kim’s piece. Yet here it was terrific. The show flourished in these moments of intense juxtaposition, which underscored collectively experienced tensions between an ardent desire to find meaning in being Asian American and the freedom that comes from putting that category aside. A critic writing for the New York Times called out “8 Americans” for excluding South and Southeast Asian artists, the complaint seeming to willfully overlook the skepticism already inscribed in dealer Clara Ha’s curatorial conceit. After all, the exhibition’s tight-lipped title pretty clearly signaled its desire to sidestep any pretense at being a compendious survey of Asian American art. If anything, “8 Americans” succeeded in questioning the extent to which a loose unresolved identity category invented in the 1960s might afford space to address the specific experiences of those who have come under an increased threat of unpredictable violence over the past three years, while adding its own two cents to long-standing conversations around what it means to unmoor an artist’s identity from the art itself.