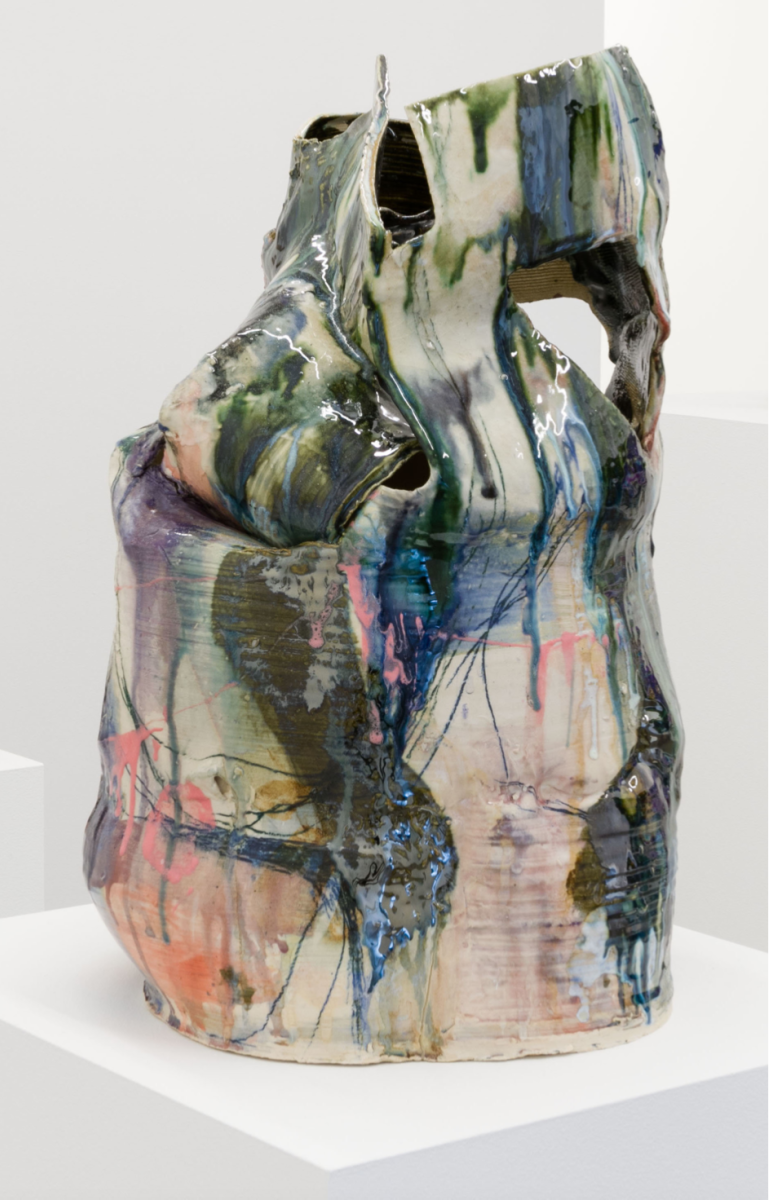 Clara Ha, director of Tribeca’s Chart gallery in New York had long wanted to stage an exhibition of multigenerational Asian American artists. In a year marked by shocking, violent crimes against Asian people in the Unites States, the need for such a show became increasingly clear. “As a gallerist and first generation Asian American citizen with a platform, I felt I had an urgent responsibility to present this exhibition,” says Ha, adding, “The Atlanta tragedy was a watershed moment that ignited a long overdue public acknowledgement and collective response to the escalating racial tensions and acceleration of hate crimes against Asian Americans in this country.” Honoring the eight victims of the tragic shooting—six of whom were women of Asian descent—with its title, “8 Americans” explores themes of collective identities and shared histories and celebrates the vibrance and creativity of Asian American artists.

The exhibit name is also nods to the historic “Americans” shows that began in 1942 at the Museum of Modern Art in New York. With iterations including numbered shows like “12 Americans” and “14 Americans,” the series continued for decades as studies of specific moments in contemporary art in the U.S.

Heavy as the impetus of ”8 Americans” may be, the works in the exhibition address the experience of being Asian American more broadly. An underlying subject in the show is skin and the changes it endures and reflects […]

Also working with sculptural forms, Jennie Jieun Lee creates fragmented, abstract faces and masks out of colorful ceramic. Appearing both added to and subtracted from, there is a sense of evolution and mutability in her works. They are imperfect and fractured, yet they feel resolute, as if all the individual fragments make up a solid whole. Looking at the faces hidden in the surface, it’s hard not to think of them as a reflection of the human experience and self-preservation. The scars, smudges and marks are all evidence of the past and the personas we adopt as we enter different stages of our lives […]

In a year marked by racist violence against Asian Americans, “8 Americans” is not only appropriate, but necessary. The rich selection of works encompasses many of the important conversations on identity, suffering and perseverance that art is being used to communicate. While a somber memorial to the eight lives taken in March in Atlanta, the show is also a welcome window into a vibrant group of artists.