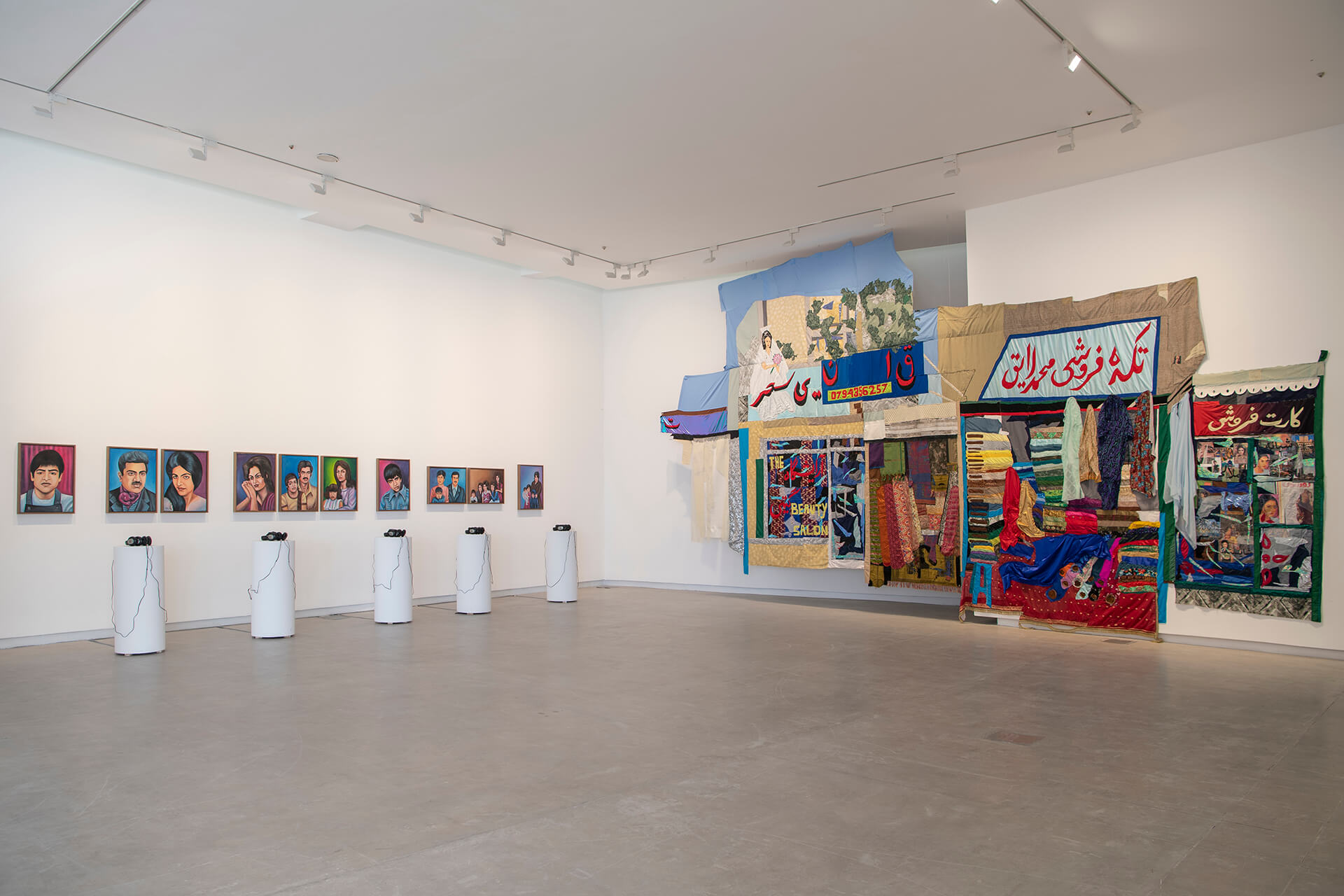 In this Instagram-able day and age, I often wonder about the relation between art and its popularity within a millennial world. The answer lies within the realms of a common terminology, ‘Pop Art’- a phenomenon that emerged in the mid 1950s and early 1960s. For instance, one’s thought confines within the canonical names, often related to the western expressionists – Andy Warhol, Roy Lichtenstein, Keith Haring, to name a few. During this same time, there was a parallel flourishing of an intercontinental dialogue within the South Asian countries, an area less discussed within the history of ‘Pop Art’. In an attempt to bridge the common threads of artistic exploration in the popular, Iftikhar Dadi and Roobina Karode came together to curate the first major survey exhibition of modern and contemporary art from South Asia engaging with popular culture.

“In this exhibition, we have narrated the rise of practices of Pop Art in South Asia and its diasporas from the 1960s onwards and have identified multiple themes that extend across decades into the present. We have works from earlier periods (such as the calendar art by Raja Ravi Verma) as well, these we term as ‘proto-pop’ practices, and which contemporary artists continue to engage with, “shares Iftikhar Dadi. Weaving an intergenerational dialogue through more than 100 artworks, this survey exhibits visual artists from Afghanistan, Bangladesh, India, Nepal, Pakistan, Sri Lanka and the diaspora.

Cross-border political tensions have often limited open discourses on a South Asian level. However, this survey exhibition is much above these impeding exchanges. “Interestingly, popular culture continues to flow quite freely across borders!”, shares Dadi. The show becomes a catalyst, a common tangent of collective exchanges of dialogues, ideas, and open thoughts. The United Arab Emirates being an abode for many South Asian diasporic individuals, this show could have no better exposure than within the heart of the Sharjah Art Foundation.
With a strong vision, curators Dadi and Karode manage to convert the foundation’s four art galleries into a colourful playground of all-things-pop. Artists express diverse mediums under this common umbrella of ‘pop’ modality. On one end, there is a billboard sized textile installation by Kabul based Hangama Amiri depicting the pomp and noise of a classic Pakistani bazaar. On a broader note, Amiri’s large scale installation represents one of the many vernacular markets (from the British era till date) that define the diversity in South Asian culture. This matrix of street entertainment and bazaar became a contributing factor to the emergence of cinema in South Asia in the early 20th century.
[…]
To view the full article visit Stir World

For more information about Hangama Amiri please contact the gallery: