Brie Ruais is featured in Forbes by Brienne Walsh. 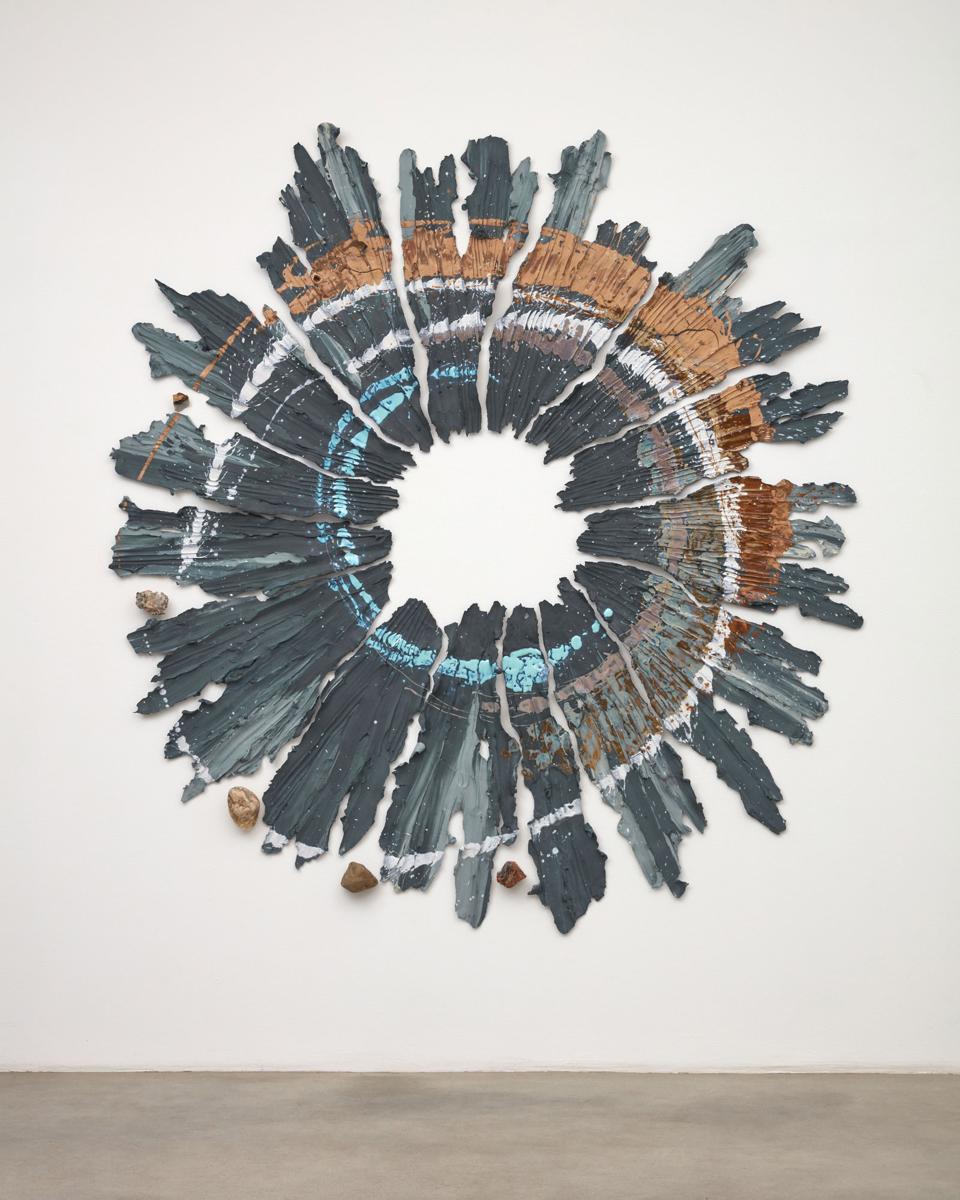 Four years ago, the artist Brie Ruais took a solitary road trip through America’s deserts, looking for a home that would provide her with the open space and connection to nature that she was missing in Brooklyn, where she has a studio. She bought a piece of land in the Great Basin Desert of Nevada and began making land art there. Often naked, and sunburned, she used her body to trace the marks left on the flat, dry land by animals that traverse it, but also industries such as mining and trucking. “It’s horrific to see an open pit mine, or a clear cut forest,” she says. “These are things that are intentionally hidden from sight.”

The only witness to her tracing was an aerial drone, which captured footage as she moved her body across the scars in the land. “As a queer white woman in the world, I have a discomfort taking up space,” she says. “Within these works, there was a revealing of my mark, my presence, my occupation.” Bold and created in all the glorious beauty of female flesh, Ruais’ interventions seem to be a marked middle finger to the macho history of Land Art in America, which is primarily made by men.

The aerial footage was the starting point for “Spiraling Open and Closed Like an Aperture,” a body of Ruais work currently on view at Night Gallery in Los Angeles through January 23, 2021. The exhibition includes photographs culled from the site-specific interventions Ruais made with her body, as well as a number of ceramic sculptures made in her studio in Brooklyn, all of them in direct dialogue with her ephemeral works made in Nevada.